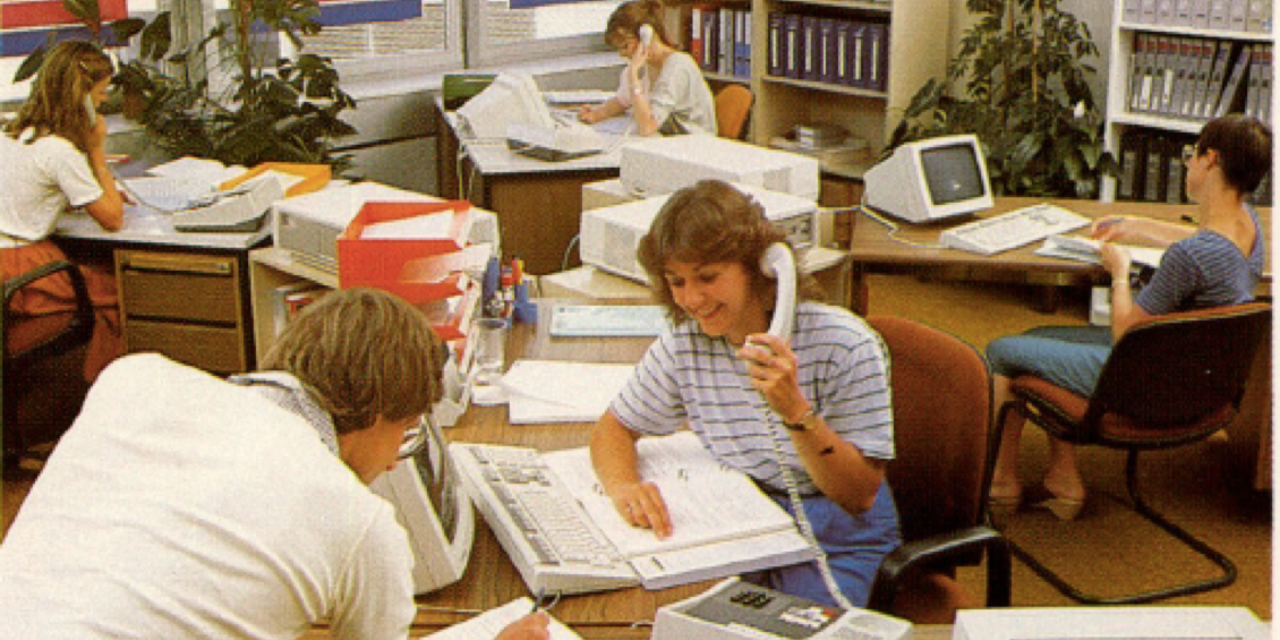 Decentralization, which came about through the connection of PCs, contradicted the internal self-image of the administration, which until then had been based on a hierarchical and centralized organizational structure. The use of PCs and the development of a networking infrastructure in the federal administration set in motion negotiation processes in which different actors worked on a mutual understanding.

The project assumes that these negotiation processes can be made visible at the periphery of decentralized networks, where the PC encountered the network, the users encountered the PC, and the administrative organization encountered the users. In the Federal Administration, interfaces emerged at these peripheries that had to be configured for the use of PCs and the shift of administrative activities into the digital space. The actors in the federal administration were confronted with the fact that decentralization produced peripheries in the same way as centralization, but in the process exposed a space for which regulatory measures first had to be formulated.

The question arose as to where control and power could be located in the decentralized network. Here, regulation was only possible if, in addition to the conventional organizational structures, new rules for operation could be defined that also applied under the conditions of the digital. The dissertation project asks what it meant when the organizational and work logic - that of the organization as well as that of the personnel - had to be brought into line with that of digital devices and networks within a decentralized organizational structure and what consequences this process of convergence had for administrative reality as well as administrative action. What did it take to organize operations at the edges of the network and how did distributed responsibility and new control mechanisms in a decentralized organization change administrative reality in the federal administration?