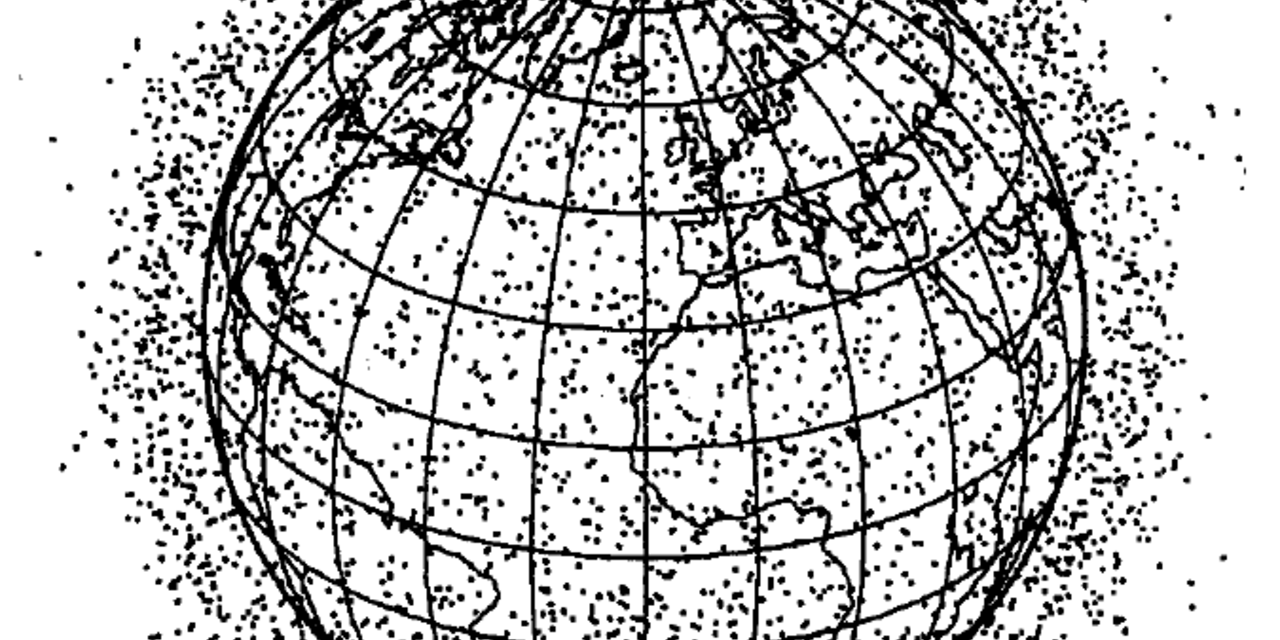 Ever since the early 1960s, various sorts of aeronautical remnants have kept accumulating in near-Earth space. Spent rocket bodies, frozen propellant particles, collision debris, and thousands of satellites that have simply lost their connection to Earth. Today, space agencies estimate that 36,500 larger (>10cm), 1,000,000 medium-sized (1cm - 10cm) and 130,000,000 smaller (<1cm) human-made objects will continue to orbit Earth for up to several hundred years. And because these objects travel at very high speeds (over 7 km/s), even the smallest particles can pose a serious threat to satellite services, inhabited space stations, and planned missions.

In just sixty years, this unchecked accumulation of long-lived aeronautical remnants has caused near-Earth space to transform from a yet nameless and promising void into a measurable and ever more scarce resource for satellite-based technologies. Considering the fact that space agencies have been monitoring and modeling this resource's depletion ever since the early 1970s, but have not yet developed any viable solutions to stop it, it does not seem unreasonable to ask more thoroughly about the history and the peculiarities of the depletion.

The project will therefore be concerned with events between 1970 and 2010, in which the increasing depletion of near-Earth space became apparent in a sudden, unexpected, and consequential manner. Events that abruptly called into question the preceding monitoring and modeling of near-Earth space’s depletion and which critically reflected the depletion’s previous management.

From these reflexive events arise questions: What consequences did these sudden appearances of outer space’s depletion have on Earth? How did space agencies and their multilateral committees respond to such appearances? Where did the monitoring and modeling of the depletion need to be adjusted? Where was this not possible? How were agencies able to regain certainty about the extent of the depletion? Which uncertainties had to be actively suppressed? The dissertation project seeks answers to such questions and hopes to enable new historical perspectives on the current scarcity of outer space.

The project is co-supervised by Prof. Sabine Höhler (KTH Stockholm) and funded by the Swiss National Science Foundation (doc.ch).