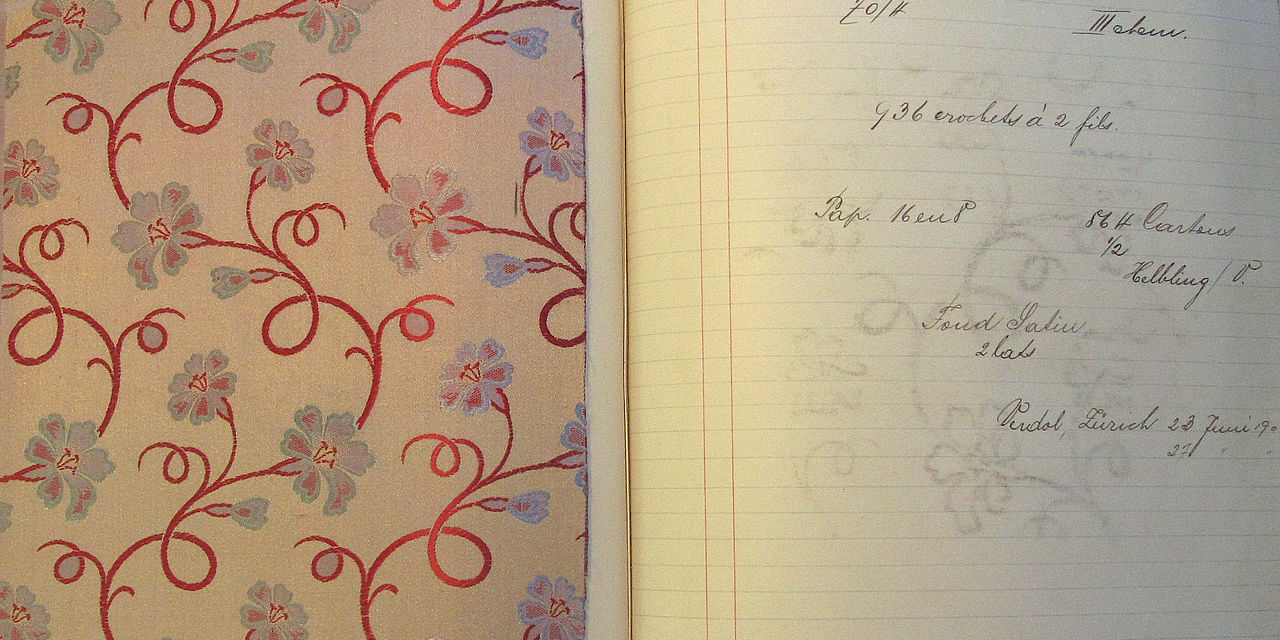 A History of Technology and Fashion in the Swiss Silk Industry, 1880–1914

This research project analyses design processes in the Swiss silk industry from 1880 to 1914 and is a contribution to the international history of design. While the latter has so far primarily been practised within the frameworks of art and cultural history, this project argues that design processes have much to gain from being analysed within the framework of the history of technology. Understood to be a process rather than a product, design shaped all stages of production – from research and development to distribution and marketing – of the fashionable textiles which Swiss companies made for markets around the globe, from New York to St. Petersburg.

In the second half of the long 19th century the silk industry, specialising in broad dress fabrics and based in the region around Lake Zurich, became one of the largest sectors of the Swiss economy with an annual turnover of more than 100 million francs. This project argues that this growth was due not only to the price but also to the design of the silks produced. Being the most expensive and luxurious of all traditional fibres, silk was much more linked to high fashion and conspicuous consumption than were cotton, linen or wool. And just as in this period Paris-based high fashion not only established itself as a global trendsetter but also evolved ever more rapidly and unpredictably, only manufacturers who were able to create textiles in line with the latest fashions could hope to succeed.

The archives of the Zurich silk industry show that the flexibility of the design process was the key to successful manufacturing. On the one hand, extensive textile archives not only served manufacturers as references, marketing tools and a source of inspiration for new designs. They also contained a wealth of information and know-how, thus enabling the rapid (re-)creation or adaptation of any type of textile or pattern – no matter how innovative the design was or how long it had been out of fashion. Written records, on the other hand, not only reveal a complex network linking factory owners to external service providers such as dyers, marketing experts, freelance designers and commodity traders; they also show that confidence was derived from a high degree of flexibility in the design process because this allowed for quick reactions to changing international fashions.

The empirical base for this research project consists of the archives of more than a dozen Zurich silk manufacturers recently transferred to public collections. In a large-scale conservation and inventory effort, the Swiss National Museum currently takes care of the textiles, while the State Archives of the Canton of Zurich process of the written sources.

Analysing these sources within the framework of the history of technology, this research project scrutinises the role of actors, tools, places and discourses shaping the very processes by which the Swiss silk industry arrived at designs fit for a global luxury market.